Sonus Duo, whose members are Stefano Delle Donne and Claudio Santangelo, was born from the match between two elements bound to drift apart by nature.

Friends since they were kids, Claudio and Stefano decided to give birth to a rather unusual marriage in 2016, exploring the blend of clashing sonorities that combine perfectly in their original transcriptions.

Their ultimate aim is to approach as many people as possible through an “innovative” music that draws on the classical repertoire pillars in a wholly transformed version; timbre and technical variety back a real research path within these two instruments’ history and classical music in every single aspect.

The duo, a unique ensemble appreciated by audience and critics, performs extensively in Italy and abroad (Germany, Poland, France, Russia, Switzerland, Spain, China, etc.), and it was also requested to represent Italy at the “Slavianski Bazaar in Vitebsk 2017” International Festival of Arts.

Engaged in several fields, ranging from chamber music to orchestra, from solo playing to teaching, the duo was invited as a member of the jury at several important national and international contests (the “Festival del Golfo” competition, the “Concorso Internazionale di esecuzione musicale” in 2016 and 2020, and the “Creatività senza Frontiere” International Art Contest in 2017), and they hold Master Classes at important Italian music academies and institutes.

Sonus Duo also engages full-time to composition, and they wrote pieces for both chamber ensembles and symphony orchestras, under the commission of the most important Chinese and Ukrainian theatres.

Among the 2021 highlights, there is a new project that will involve Claudio and Stefano as solo players and composers of a concerto for marimba, violin and orchestra. 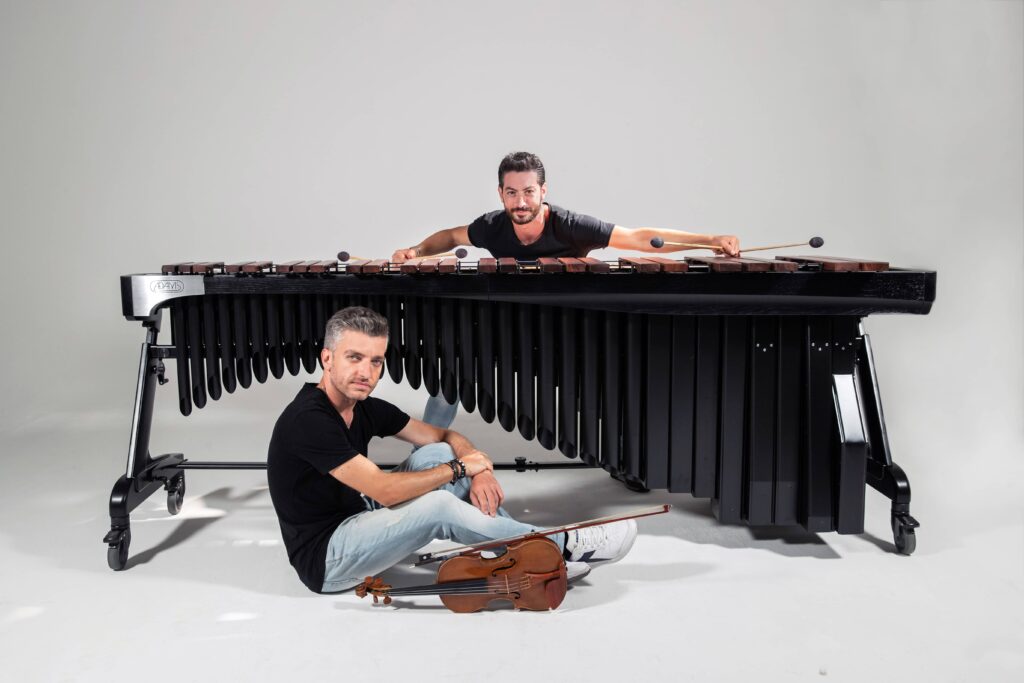